Using XPressEntry handheld devices, security guards can authenticate personnel in GMS from anywhere. This might include a remote gate or the lobby of a site. The handheld simply displays the user’s name, a photo of the user, and Access Granted or Access Denied upon the scan of a badge. All badge scans are recorded for later reporting. This can be done in terms of simple employee validation or can audit entries into and exits from a secure area.

XPressEntry handhelds are also used as an electronic roster for managing employees during an emergency event. When the horns sound and it is time to move to the muster area, safety administrators can utilize the handhelds to quickly scan all users to safety. The Handheld Devices keep a live list of who has been scanned in safe areas and who was still in the building at the time of the emergency or drill. This list is based on who scanned into the building that day using the PACOM readers.

XPressEntry Integrates with GMS using the GMS .NET API. The API allows the XPressEntry Server Application to pull all relevant access control information such as Cardholders, Badges, Pictures, Access Levels, Areas and more. XPressEntry uses this information to determine who has access to use a specific handheld device and who has access at any virtual doorway. 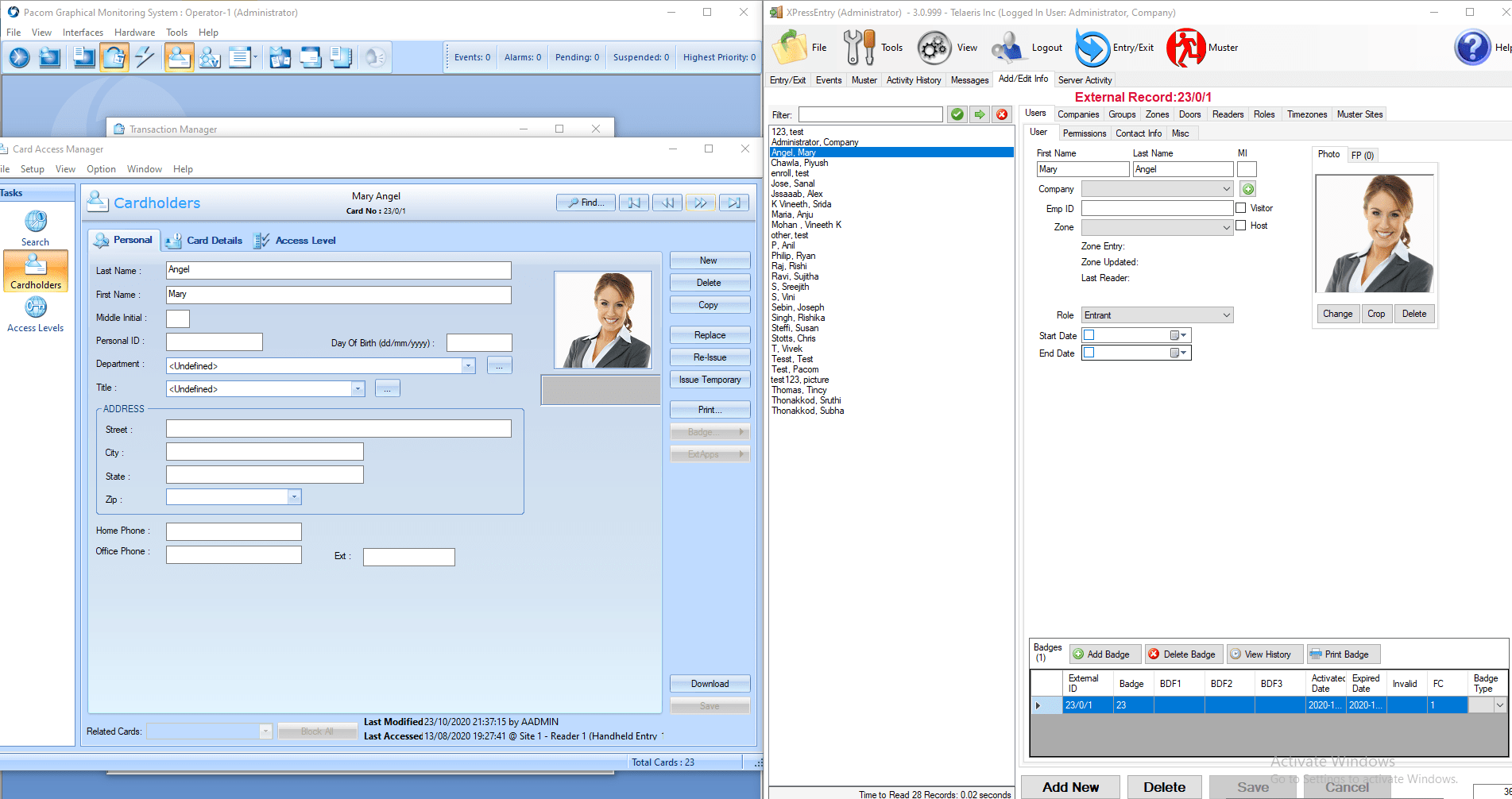 Additionally, XPressEntry Server App subscribes to the PACOM event watcher, which allows XPressEntry to receive all card scans that occur in the PACOM system. XPressEntry uses this scan information to determine who is and who is not on site or in the facilities at any given time.

Reporting and Updating the PACOM Information 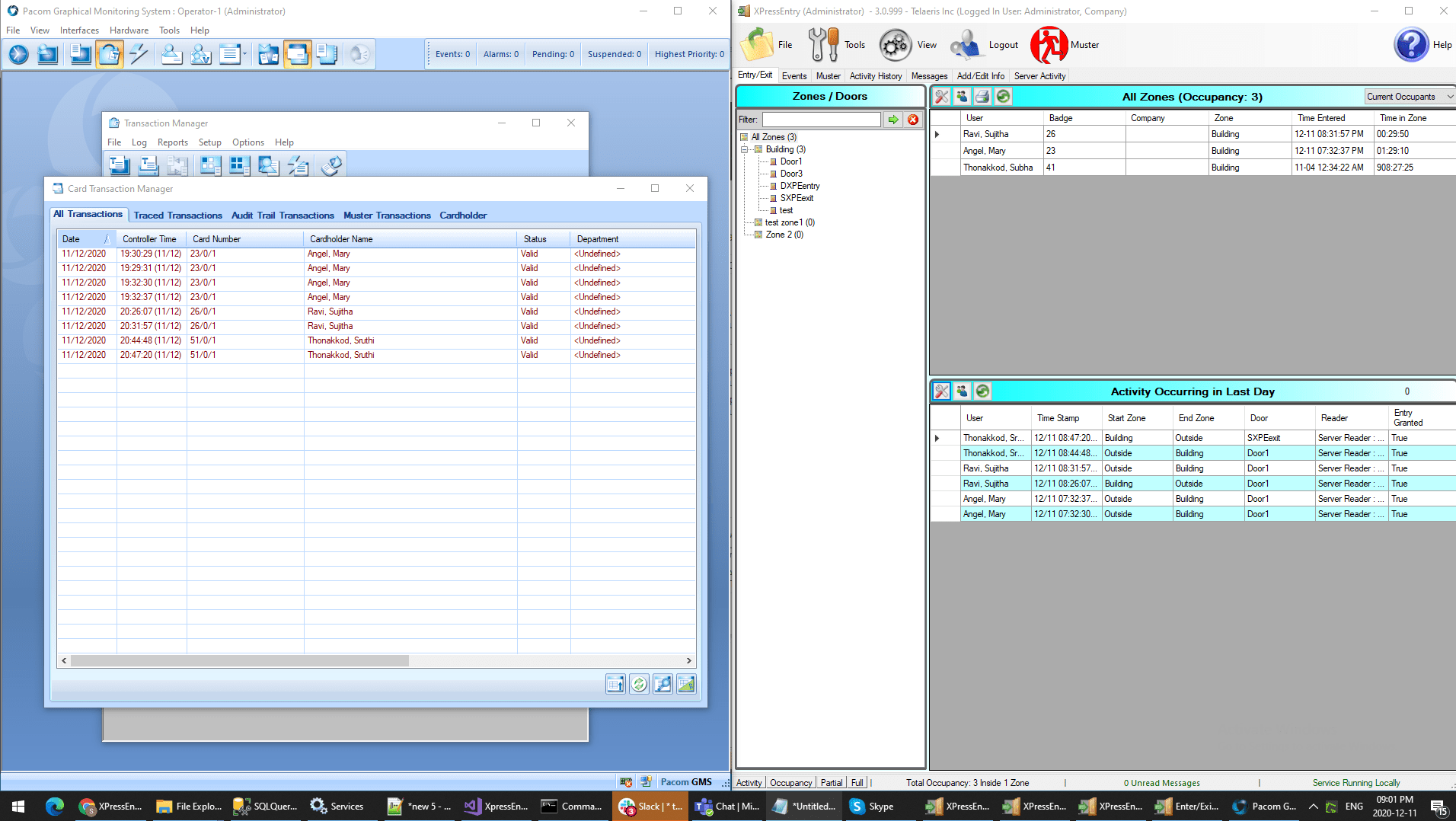 The XPressEntry Server receives GMS scan events almost instantly. This information will be pushed to a handheld device in muster mode within a few seconds or less.